In this Blog, we will discuss the Selection Sort Algorithm and its working procedure. Selection sort is an in-place comparison-based sorting algorithm that sorts the array by repeatedly finding and swapping the minimum element with the leftmost element of the array.

In-place means that the algorithm does not use extra space for manipulating the input but may require a small though non-constant extra space for its operation. Usually, this space is O(log n), though sometimes anything in O(n) (Smaller than linear) is allowed.

Now that we have understood what selection sort is, let’s understand its working procedure with a simple example of an array with a length of 5.

The working principle of this algorithm is very simple. As told, we just have to find the minimum element from the unsorted array and place it at the beginning of the sorted array.

Since the array we are using is of length 5, we will be making 4 passes. One pass per element,  and as for the last element, it will be automatically sorted. Thus we can say that for an array of size n, n-1 passes are required to sort that array using selection sort

In this, we have our array in the unsorted part. Here we will assume that the first element of the array is the min element, and start comparing it with the rest of the array elements to find an element smaller than it.

As we have reached the end of the array, we will conclude our first pass by simply swapping our min value (which in this case is 0) with the leftmost value of the unsorted array (which is 8), and we have our first element of the sorted array

We will follow the same procedure as we did in the first pass, assuming the first element as our min element and now the comparison starts by iterating over each element of the array.

As we have reached the end of the array, we will conclude our second pass by simply swapping our min value (which in this case is 1) with the leftmost value of the unsorted array (which again is 8), and we get our second element of the sorted array

The process will remain the same for both the third and the fourth pass as it was for the first two passes.

After all the passes are done, our sorted array will look like

This is because there are two nested loops – one loop is used to select the elements of the array one by one, while the other is used to compare that element with every other element of the array

It occurs when the array is already sorted

If the array is already sorted then also the time complexity is O(n2), this is because in selecting sort the algorithm will check for the smallest element in the array on every iteration regardless of the placement of the elements.

It occurs when the elements of the array are. in jumbled order (neither ascending nor descending).

The good thing about selection sort is that it never makes more than O(n) swaps and can be useful when memory write is a costly operation.

Where to use Selection Sort

What is Selection Sort Algorithm?

Selection sort is an in-place comparison-based sorting algorithm that sorts the array by repeatedly finding and swapping the minimum element with the leftmost element of the array.

Why is it called Selection Sort?

What is the speed of the selection sort?

Speed of the Selection Sort depends upon the size of the array. It has a very good speed when we have to sort arrays of smaller lengths, but is not recommended to use for large arrays as it has a time complexity of O(n2).

Why is Selection Sort not stable?

In Selection Sort, we find the min element in the array and swap it with the left most element of the array to send it to the sorted part of the array. This will change the original [positions of the elements of the array making this algorithm unstable. 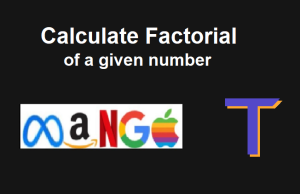 How to Calculate the Factorial of a given number 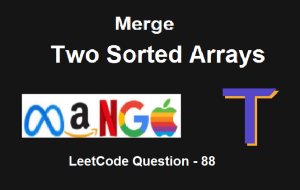 How to Merge Two Sorted Arrays