Dealing with a large amount of data is always challenging but it makes our application more engaging, and our clients want their apps to be appealing and we will see how to deal with it in React.

This article covers four proven ways in which a large amount of data can be effectively handled in React without losing the efficiency and performance of our App.

Pagination is considered one of the conventional ways of dealing with large data sets in React.

This way, we can decrease the load of rendering that large data on the DOM Tree, and the efficiency and performance of our apps will also not be decreased.

There are many ways to do pagination in React JS such as  Material UI, React Bootstrap and we can even make our own Pagination Component using Hooks, etc. There are many npm packages for the same such as npm paginate.

Infinite-Scrolling is a more trendy approach because of –

In this process, only a subset of data is loaded initially (according to the developer limit,) while the rest of it will be loaded either as time passes or when the user reaches the end of that subset.

In both cases, another subset of data is loaded and is appended at the end of the initial subset with the same length as the initial data.

Unlike pagination, it can only be used through npm packages like react-infinite-scroll-component.

In React-Virtualized, Windowing is used which is quite similar to Infinite-Scrolling.

IT is mainly used to render large datasets in the form of a list of tables.

It is quite clear from the image above what react-virtualization does and how it is different from infinite scrolling.

React-Virtualized mainly displays data according to the viewport of the screen, or to make it simple, here the data that will be visible to the user will only be rendered.

In the figure, we can see the whole data in the Virtualized-Scrolling section, but some are darkened while others are not. The dark part of the data is the part that is visible to the user while the light part is the data that is not in the visible viewport but is still there.

Still confused, try going to this blog here, and if you want to try it yourself visit the GitHub Repo.

We have already discussed what React-Virtualized is – it is an easier way to display a large number of the list without hurting the DOM Tree. React-Window is a smaller alternative whose sole purpose was to work on the shortcomings of react-virtualized in terms of size and speed.

You can visit the following links to get more detail and the difference between them as well.

Rendering a large amount of data at once can indeed burden the DOM Tree and can even have an on the efficiency and performance of our apps but, it can be easily solved just by implementing the correct method If you want to render all the data on one page – infinite scrolling, windowing is the best bet but if you prefer rendering it in pages separately then go for pagination. It is totally up to you whichever you think is the best. 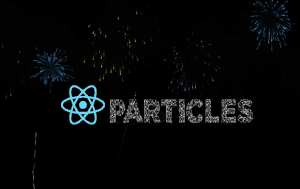 How to make Fireworks in React with Particle JS React 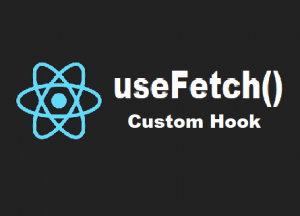 How to Make a Custom Hook in React